Blog > How to use API’s to improve businesses? 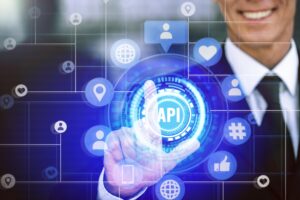 As an increasing number of consumers and organizations integrate online and mobile apps into their daily routines, firms are uncovering significant new applications for data sources that were previously untapped or untapped but useful. In order for companies to put that data to use, APIs (application programming interfaces) must be used. APIs inspire inventive developers to build new business prospects while also improving current products, systems, and processes.

It is recommended that businesses build an API strategy that incorporates both public and private APIs. When an enterprise firm makes public APIs that are used to power consumer-facing applications, it opens the door to new methods to interact and communicate with its consumers via the web, mobile, and social applications, among other things. Additionally, by establishing private APIs, organizations may provide their staff and partners with new tools that will allow them to simplify operations and provide even better service to their consumers. Since APIs have become more popular among organizations, it has become increasingly important for forward-thinking companies to design and implement effective implementation strategies for APIs in this fast-paced market.

A positive user experience is essential while using any product, and the same is true when using APIs. The higher the quality of the interface that is used to consume APIs, the greater the likelihood that your business and technology goals will be met.

APIs have been more popular with the introduction of mobile and cloud computing, with an increasing number of businesses and organizations realizing the need of developing APIs for their operations. With the proliferation of online services, it became apparent that comprehensive API documentation was required in order to effectively use these services.

API documentation is the information that is necessary in order to consume and integrate with an API in an effective manner. The API documentation might take the form of technical text, code samples, and examples to help developers better understand how to use the API. For enterprises looking to increase API adoption, concise and clear documentation — which enables API users to integrate it into their applications as fast as possible — is no longer an option.

Why it is important to have documentation?

According to a poll conducted by Programmable Web, API customers regard thorough and accurate documentation to be the most important component in their API decision-making, even surpassing price and API performance in importance.

Good documentation speeds up development and consumption while also saving money and time by reducing the amount of time and money that would otherwise be spent addressing support calls. Documentation is an important aspect of the whole user experience, and it is one of the most important factors in the growth and adoption of APIs.

In the same way that so many other products do, APIs tend to change at a breakneck pace throughout the development and release cycles. Maintenance and updating this documentation for your development team and end-users in order for them to be able to operate with the API effectively becomes a time-consuming endeavor. When providing documentation to your end-users, it’s extremely important to use static documents like.pdf files rather than dynamic ones. The second challenge is how to make it easier for numerous web services to communicate with one another. Applications are composed of a number of services that communicate and interact with one another on a continuous basis.

As the number of RESTful services grows, so do the number of programming languages that are used to construct them, making it more difficult for them to interact with one another. If one thinks of API documentation as the user interface for accessing an API, it should be designed to make interaction across these many web services as seamless as possible. Regular API interfaces, whether in the form of text documents or other formats such as Javadoc’s, do not enable them to interact with one another. These difficulties, as well as other API-related problems, prompted the development of the Swagger API specification.

In the next part, we’ll take a deeper look at how the Open API Specification (formerly known as the Swagger Specification) may assist you in overcoming your documentation issues.

What is the benefit of using Open API for API documentation?

(Please keep in mind that the terms Open API and OAS will be used throughout this material. This is intended to serve as a reference to the Specification.

OAS specifies an API’s contract, which allows all of the API’s stakeholders, whether they are members of your development team or end-users, to understand what the API does and how to interact with its many resources without having to integrate the API into their own application. As a result, this contract is language-independent and human-readable, enabling both computers and people to interpret and comprehend what the API is designed to achieve.

This contract explains what the API does, what arguments it accepts, and what objects it returns without providing any indication of how the API will be implemented in code. Given that OAS is language agnostic and machine-readable, web services designed with it may connect with one another regardless of the programming language in which they were developed.

What role does OAS play in the documentation process?

In the early days of its development, one of the most important benefits of Swagger was its ability to assist simplify the documentation for RESTful APIs. You may transform your OAS contract into an interactive API console that customers can use to engage with the API and rapidly understand how the API is expected to operate by using a tool such as Swagger UI, which is either free source or included in the Datafinz platform.

Are you looking to standardize the design and documentation processes in place? DataFinz can get you started right now!